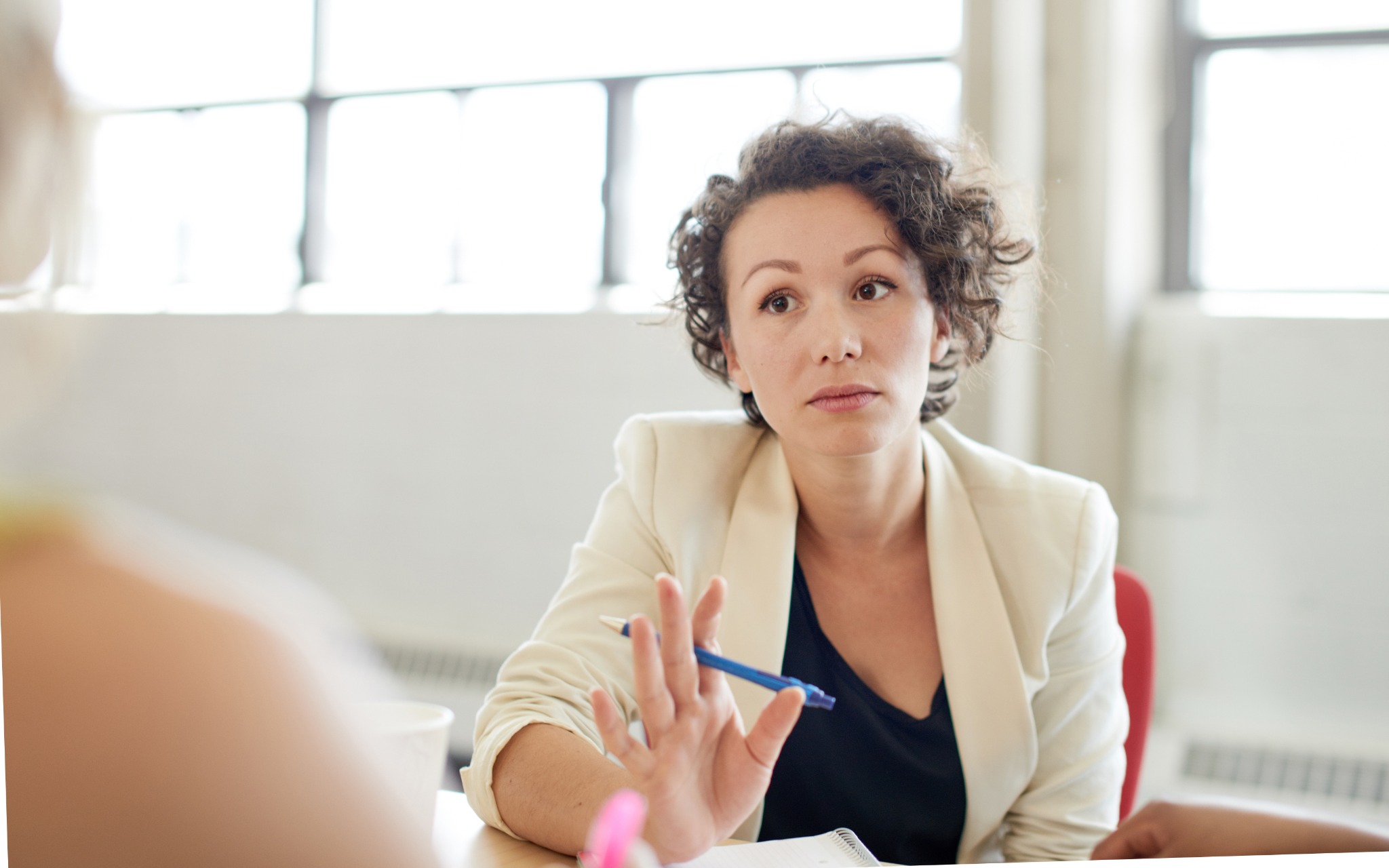 “This is what Black women know: When push comes to shove, White women choose race over gender. Every. Single. Time.”

This quote from Kim McLarin pierces the heart of race and gender work in DE&I. How do White women effect change in their communities and workplaces when we exist in the complicated space of being both insiders AND outsiders? Our race is an advantage, or privilege, and our gender is a disadvantage. What does this intersection of race and gender look like in corporate America as leaders work to move the needle in DEI efforts?

At WMFDP | FDP Global, we empower leadership worldwide to have challenging conversations that allow them to lead across differences. We invite you to connect with our team to learn more about this work.

White Women at the Intersection of Race and Gender

American lawyer, law professor and civil rights activist Kimberlé Crenshaw coined the term “intersectional feminism” in 1989 to highlight the overlapping systemic oppression that Black women experience due to their race and gender.

This idea of intersectionality in women’s rights recognizes that many other identities should also be part of these conversations and movements. A woman’s gender does not exist as an all-encompassing identity.

They may also be, among other things, Black, Indigenous, Latina, Asian, gay, poor or living with a disability. They may identify as being in many of these spaces. And each of these lived experiences intersects with gender in a profound way.

The reality is, despite centuries of systemic gender-based oppression, White women currently hold significant social, political and financial power. This power holds the potential to bring about change for all women in the workplace.

But, we aren’t fully stepping into our power as White women.

Why? Because we have the privilege of not choosing to do so.

As part of the insider group of White people, White women frequently claim racial privilege before working to overcome the lack of privilege attached to our gender. When push comes to shove, we are White before we are women. We abandon our power to create change for Women of Color because we’re clinging to the authority we already carry in our Whiteness.

Silence at the Intersection

White women have the privilege of ignoring the overlap and intersectionality that Women of Color cannot ignore. More often than not, we use that privilege when it serves us. We choose to remain silent.

We stay silent when Women of Color are dismissed, oppressed and traumatized. Even more damaging, we are often the ones causing trauma. As McLarin said, in her experience, White women choose race over gender every time.

When White women side with White men over Women of Color, the damage is significant and far-reaching. It confirms the idea of “otherness” and makes belonging unattainable for Women of Color in the workplace. It protects White men at the expense of Women of Color and widens the chasm of difference by solidifying an “us vs. them” mentality.

Choosing race over gender at this intersection also places the burden of being responsible for White men’s choices on White women’s shoulders. In this video, Susan Schmitt Winchester, Senior Vice President, Chief HR Officer at Applied Materials, and author of Healing at Work, speaks to this exact problem.

Susan shares a time when she recognized that she had to step back and stop shouldering all of the corporate DEI work for her company’s male president and his leadership team. She realized, “…hanging with that sense of discomfort and letting him do his own work rather than feeling like I had to manage it was part of my own lesson.”

She had to let the White guy handle it without her.

The Intersection Can’t Be Silent

If you envision an intersection of roads filled with vehicles, you know that space is neither quiet nor calm. It’s not silent. Intersections are generally noisy and demand careful navigation and awareness of others in the area for everyone to remain safe.

In fact, if we all moved through intersections silently, disasters would occur regularly.

Identity intersections of race and gender suffer this same consequence when White women are silent.

Awareness and Ownership at the Intersection of Race and Gender

How do we move forward? How do we navigate this shared intersection with courage and authenticity? How do we stop betraying our gender identity to elevate our racial privilege? We do it through awareness and ownership.

We must become aware of the power we carry as White women while recognizing the ways we’ve been disempowered. This situation is the epitome of the “both…and” scenario. It’s not either/or.

Becoming aware of this reality is the first move toward combating it. Next, we take ownership of our behavior, especially in conjunction with our power as White women. We acknowledge our power while still recognizing the systemic oppression of our gender.

These two do not exist in us independently.

And, sometimes we need to elevate one over the other. At an intersection, everyone can’t go at the same time. Similarly, intersectional feminism sometimes requires that, for White women, gender identity come before their racial identity.

Intentionally identifying the opportunities to stand with Women of Color and amplify their voices is Step One. Doing the amplifying is Step Two.

Admittedly, this can be easier said than done since. As Elisabeth “Biz” Lindsay-Ryan points out, women may not even notice many forms of aggression and violence around them. Centuries of institutionalized violence against women have created a situation where women, “are taught to minimize every violent experience we have had and feel grateful that despite these everyday aggressions, we are so fortunate that it wasn’t worse.”

This socialized normalizing of violence has made it difficult for many White women to recognize when they are being socially or emotionally violent toward Women of Color. Just as they may not recognize their own experiences as violent. Trauma begets trauma, often with no awareness of its existence. But behaviors such as collusion, silencing, denial and tone policing from White women against Women of Color are, in truth, acts of social and emotional violence.

Doing the deep work of developing awareness takes time, boldness and consistency. It can never be a one-and-done learning experience. But by stepping in and staying in, White women can build their awareness and then move into the ownership of their power to create meaningful change as partners in inclusion.

WMFDP | FDP Global invites you to join our upcoming events to continue this conversation and learn how to leverage your power and allyship. The Courageous Leaders Summit is an ideal experience for those beginning their DEI journeys in the corporate world. It allows you to ask questions and navigate conversations surrounding the intersection of race, gender and other identities. We invite you to step into your power with humility and bravery. Connect with us to learn more.

This website uses cookies to improve your experience while you navigate through the website. Out of these cookies, the cookies that are categorized as necessary are stored on your browser as they are essential for the working of basic functionalities of the website. We also use third-party cookies that help us analyze and understand how you use this website. These cookies will be stored in your browser only with your consent. You also have the option to opt-out of these cookies. But opting out of some of these cookies may have an effect on your browsing experience.
Necessary Always Enabled
Necessary cookies are absolutely essential for the website to function properly. This category only includes cookies that ensures basic functionalities and security features of the website. These cookies do not store any personal information.
Non-necessary
Any cookies that may not be particularly necessary for the website to function and is used specifically to collect user personal data via analytics, ads, other embedded contents are termed as non-necessary cookies. It is mandatory to procure user consent prior to running these cookies on your website.
SAVE & ACCEPT