Is the super bowl losing its edge?

MICHAEL KIMMEL is among the leading researchers and writers on men and masculinity in the world today. He is Distinguished professor of Sociology and Gender Studies at Stony Brook University, where he directs the Center for the Study of Men and Masculinities. Kimmel is the author of more than 20 books, including Manhood in America, which was hailed as the definitive work in the field. 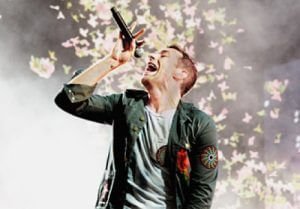 Now that the Super Bowl spectacle—the ads, the halftime show, and the game itself—is history, it’s time to take stock of what the event said about the US as a nation. And I think the dominant theme was “playing it safe.” Few risks, few adventurous cheeky asides, few edges.

First, well, the game itself.

The Broncos offense was anemic and utterly unimaginative. The defense won the game with interceptions, sacks, fumble recoveries, and all-around brilliant pass coverage and ferocious blitzes that kept Cam Newton off balance all night.

The half-time show provided a bit more spectacle, with Bruno Mars and Beyonce jumping in to add a jolt of energy to a bland, if colorful, performance from Coldplay. But showing clips of past performances—especially the Stones, all rhinestone menace, and Springsteen, with his hoarse shouting and working-class stomp—only reminded viewers of what they were missing.

The ads certainly didn’t reverse the trend. Again, like the utterly pre-packaged show, nothing especially edgy, as in past years, like the wince-inducing sexism of GoDaddy.com or the parade of pathetic henpecked men’s faces bemoaning how they have become sidekicks to their aggressive wives as Michael C. Hall (Dexter) recited a list of their woes (“I carry your lip balm”) before hopping into a souped-up 1970s muscle car as compensation. Nor were there any of last year’s breakthrough ads that depicted men as loving, engaged fathers (Dove Men+ Care and Toyota) and even spawned an entirely new genre: “dadvertising.”

And nothing really for women either.

Advertisers have yet to pick up on the fact that over 45% of all TV viewers of the Super Bowl are women and girls?  Some ads played to men, portraying women as passive observers—as in a Doritos ad with a baby in utero reaching for a chip during a sonogram, in which the wife was really the bystander in the “bonding” between father and fetus. A Bud Lite ad featured Seth Rogen and Amy Schumer—a most promising pairing—in a genuinely not-funny sendup of a political ad.

This year, the only ad that struck me as interesting was the ad for Axe. As a company, Axe always appeared to appeal to younger guys who weren’t especially successful in the bewildering dating world. “Use Axe,” the ads suggested, “and you will have sex with Victoria’s Secret models dressed like angels in lingerie.” The problem was that Axe appealed not to the 22-year-old men the ads appeared to target, but to 12- and 13-year-old pick-up-artist wannabes who quickly dropped the product when adolescence propelled them into the real dating world.

The new Axe ad imagines some pretty dorky guys, true, but they are being themselves: authentic and decidedly older. They dance in heels, wear spiffy suits, fill boards with mathematical equations, and enjoy the companionship of kittens. No angelic lingerie here–just an exhortation to be yourself. Since in order to “be yourself” you actually have to have an inkling who, exactly, that self is, Axe suddenly emerged as a brand for men, not just boys.

Odd, no?  That in a campaign season full of overheated rhetoric and raging rants, the Super Bowl was so soporific, seemingly by design?  As if viewers really needed a dose of mind-numbing placidity as compensation for the mind-numbing vitriol of the primary sweepstakes.

Let’s hope that next year’s teams, halftime entertainment, and ads veer a little bit from the exact center of the road, even while our candidates are careening into the ditches that line the highways.