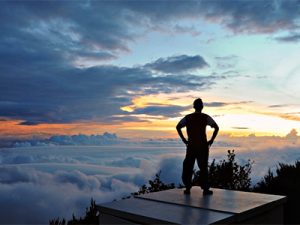 What would our world look like if everyone felt their viewpoints and perspectives not only heard, but also acknowledged.

In a workshop a few weeks ago, a white man asked a racially-diverse room why understanding historical context is so important. The news of the day highlighted arguments about the meaning of the confederate flag. A black woman spoke at length on several topics, including about how a major part of the US economy was built off of African-Americans. Her point was that this context is rarely, if ever, acknowledged.

One white man in the room said most of the time the white response is ‘I didn’t do it’. Often times, white people take the race conversation individually as about us and then get triggered to defend our innocence. So we end up creating little (or no) space to acknowledge another human being when we are busy defending ourselves. Or because of our actions and mindset, we might also jump to what we are supposed to do. This quick reaction bypasses acknowledgement.

We often miss the opportunity is to slow down and feel the impact of another’s perspective. 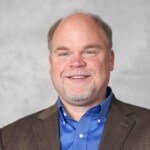 Maybe we could have shared some words about the impact that on another’s perspective has on us.
Or we could use inquiry to go deeper, ask questions about what you don’t understand. What aspects do you most want acknowledged? Or, how has that impacted your family, friends, and colleagues?

There are multiple habits and cultural traits that widen the acknowledgement gap. Another is the habit of focusing on sameness and disregarding difference. Often we try to connect with others around sameness, or what we have in common with another person, thinking it will create connection. But with many diversity issues it’s often the differences that others want acknowledged. If I understand and acknowledge the different experiences other people encounter in the world than I do, my tolerance to difference grows, and they may trust me more and I might learn something.

Later in the same workshop I witnessed a white woman asking white men the impact of dominant business culture on them. There were a variety of answers of both positive and negative impacts. In earlier dialogue, the responses were only positive. With room for silence and reflection, one man shared unexpectedly, “There is no joy and energy in the burden of being a provider and fixer. I feel like I have to control everything. I will go to my grave with lost time with my kids.”

For me, one of the most important aspects of partnerships is slowing down to fully get and acknowledge each other’s realities. It may take more time initially but it’s worth the investment. I invite you to ask yourself, with whom in your life could you increase your acknowledgement of their perspective and their world?