Unconscious bias is something that everyone has. Not some, everyone.

Learning to recognize our unconscious bias is a pivotal step in interrupting the invisible patterns of status quo behavior ––exhibited by those in the dominant or normative group. The negative impact of this “only way” behavior weighs heavily on members of non–dominant groups ––women, people of color, GLBT, introverts, non-Christians, early career or late career, those people with higher body fat content, and on and on.

Over the years, business leaders continually expect themselves to process volumes or information and make myriad decisions. All in the blink of an eye. This requires a leader to follow hunches, use intuition and make scores of decisions in the moment. Many of these decisions are influenced by implicit bias — the unconscious favoring of one style or one way looking or acting over another.

Recent research shows us that many of our decisions at work are influenced by implicit bias. It shows over and over that people hire and promote those most like themselves. We do this unconsciously because it is relatively quick and easy. And provides us with colleagues with compatible styles that help us accomplish a great deal in a short amount of time. But lurking under these decisions are the “inflexible beliefs” that reinforce the notions of who is best in charge or the “right” way to do something.

Many equate bias as something bad. Maybe it’s because most of us mistakenly link unconscious bias with willful discrimination. Some people don’t think they have any bias, as in “I don’t see skin color or gender but instead treat everyone the same”. They feel like they are fair-minded, egalitarian and just in their assessment of workplace talent. Yet there is fascinating data showing that many decisions are not based on best talent, but who has best access to hiring managers.

The roots of implicit bias come from many places and are often shaped over time. Those of us in dominant groups normative groups in the US (read: white, male, heterosexual, Christian, middle aged, temporarily able bodied, educated, upper middle class or wealthy, fit, etc.) learn to see our group behavior as the norm (or the right or only behavior). It becomes the way for all to succeed as evidenced by “speak up, take charge, get things done, don’t ask for help or complain, have an answer”. 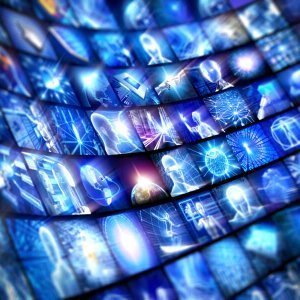 All this creates a normative manner that connects certain acceptable behaviors to effective leadership. This “normative manner” contributes to patterns of unconscious bias that value certain behaviors and styles over others. At the same time, most people similarly always believe that they are unbiased, fair-minded and always hire or promote the best or most qualified.

One example of how “professional presence and confidence” often gets translated to mean look someone squarely in the eye, and have a firm handshake. This typical North American male style can sometimes be viewed as disrespectful by some cultures if the person you are looking in the eye is older than you or even flirtatious if the person is of a different gender.

Becoming a more effective inclusive leader begins with being conscious of one’s own personal bias, as well as that of our organization. Inclusive leaders have the will to intervene early in their display of behavior (and that of others) driven by unconscious bias. We must learn to do this more effortlessly without malice or blame. As we get better noticing what behavior fatigue and diminish the resolve of others who do not possess the normative look and feel of the “good leader”.

There is much work to be done and there is work for everyone, not just some of us.