Traits of US White Male Culture: Rugged Individualism (AKA, The Master Assumption) 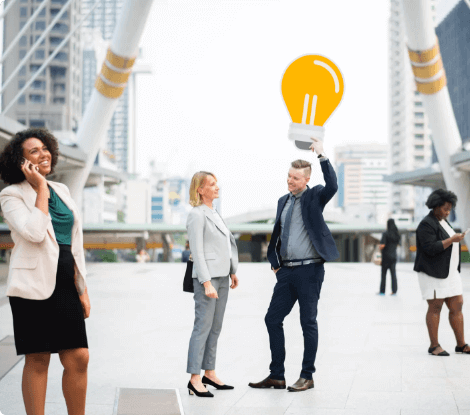 Note: This column is part of a series on the six primary characteristics of white male culture. We will work to examine how these traits show up in the world and tie them to events and behaviors that are in plain view of everyone who follows current events in the US and around the world.

In his white paper, The Roots of White Male Culture, Bill Proudman, co-founder of WMFDP wrote, “Individuality was a value sacred to the new America; it birthed the Bill of Rights and the separation of church and state. American innovation and entrepreneurship were largely born
from protections for the individual over the institution.”

Rugged individualism, one of the six primary characteristics of US white male culture that we are examining, is rooted in the belief that individuals can succeed on their own and that the intervention of government or other external sources is not a prerequisite to success. A combination of the exercised right of individual liberty and the pioneering spirit that drove early exploration and settlement westward across North America1, rugged individualism has been described as US culture’s “Master Assumption”–the prevailing mindset at the heart of the American experience.

Rugged individualism in men and women becomes visible in the following mindsets and behaviors we witness in others at work and in life:

Difficulty asking for or accepting support or help from others. We are raised to think it’s up to us, and that asking for help is a sign of weakness and makes us vulnerable. The prevailing humorous stereotype about this trait is men’s difficulty stopping and asking for directions. An entrepreneurial orientation to business and risk-taking. Rugged individualists take the right of independence and the perception that the sky is the limit very literally. Consistent with the pioneering spirit that led to westward expansion and exploring new frontiers, they are attracted to new opportunities in unexplored territories.

Self-reliance and a business mindset of I vs. we. It’s not so much that rugged individualists aren’t team players, it’s just that they forget they don’t have to do it all themselves. A preference for unfettered decision-making and low oversight (or regulation) instead of using consensus and periodic monitoring to build coalitions and make decisions. Rugged individualism is the opposite of collectivism, and many rugged individualists view inclusion and consensus-building as weaknesses and as unnecessarily complex and slow. Rugged individualists bristle at being controlled or managed.

Rugged individualists often struggle to see their membership in any group. This is especially true for us white men, who will offer up countless examples of why and how we are our own people, not beholden or reliant on anyone else. Some rugged individualists reject having any elements of their culture even described, because they are, after all, individuals and not members of any group.
Looking at the world through a rugged individualist frame can make it difficult to be aware of systemic or group patterns. This mindset and view make it harder to see the impact of systemic advantage (or disadvantage) at a societal level.

The price for independence is often isolation and solitude.~ Steve Schmidt

Rugged individualists who don’t learn to rely on or trust others can feel profound loneliness and isolation. It’s possible that this sense of isolation contributes to the disproportionately high suicide rates among white men in the US (69% of all documented suicides by demographic).

Many of the white men we have worked with talk about working hard to open up and connect with other white men and share at a personal level, not only with their romantic partners but with other white men who are friends or co-workers. We may develop deep, strong bonds with other men through tasks and activities, but we are less acculturated to examine and express our feelings. Many of us are schooled to believe that talking about feelings not only doesn’t fit with the stylized ideal of masculinity we were taught to believe, but that showing vulnerability is a sign of weakness.

I experienced my own unconscious rugged individualism many years ago while in the middle of an aggressive cancer treatment involving radiation and chemotherapy at the same time. I can remember not being able to stop myself from saying “Fine” whenever someone asked me how I
was doing. I was self-conscious to ask anyone for help for anything, ever, and my relationships suffered as a result. Although I truly intended to just not inconvenience anyone who offered to help, my inability to accept support stressed many of my closest relationships. My stoicism and independence landed me in the emergency room several times during treatment due to dehydration. Each incident could have been avoided by me simply asking for help.

If rugged individualism truly is the “Master Assumption,” then perhaps it’s time to both celebrate it as a useful developmental step and learn to moderate it as we strive for greater connection and a vision of a world that works for everyone. Assumptions are only as real as we make them, and many assumptions are less often wrong than they are incomplete or inaccurate.

Like the proverbial man who won’t stop to ask for directions, we are only lost if we choose to be.

Traits Of Us White Male Culture: Action Over Reflection

An interconnected, increasingly global workforce means our world is getting smaller. Yet we must think and act larger to thrive within it