$64 billion is the annual estimated costs of replacing the more than 2 million Americans workers who leave their jobs every year due to discrimination and unfairness.

Recent studies show that one in four women in the United States has experienced workplace sexual harassment. Other research reveals enormous amounts of unconscious bias. In one experiment, a resume with a black sounding name received half as many callbacks as the same resume with a white sounding name, even when it was sent to corporations with strong diversity reputations.

Men are often unaware of the barriers women face.

When asked “even with equal skills and qualifications, women have much more difficulty reaching top management positions,” the gender divide was striking: 93 percent of women agreed with the statement, but just 58 percent of men agreed.

Many organizations find these issues uncomfortable and avoid any discussion of them. Executives often steer clear of these tough conversations partly because they have never been taught how to have such conversations. Furthermore, the burden to raise these issues usually falls to those who are most impacted by them: people of color, women, LGBT individuals and other victims of discrimination. Meanwhile, white men, who often feel defensive and attacked, avoid the conversations at all costs.

Twenty years ago, White Men As Full Diversity Partners (WMFDP) was founded to help white male executives learn to educate each other about their own blind spots.

You might think this an unusual name for a diversity consulting firm — and you might ask why.

One reason for this is that diversity has been historically framed to never focus on white men. Examinations of race is usually focused on people of color, while gender is focused on women. What gets unexamined is being white, male, heterosexual. This leaves white men feeling not part of diversity and not understanding how those dimensions give us a different experience in the world.

In my book Four Days To Change: 12 Radical Habits to Overcome Bias and thrive in a Diverse World, four men discover life changing insights and revelations through extensive diversity sessions. Indeed, Catalyst, a benchmarking nonprofit for increasing success of women in corporations, researched the impact of WMFDP labs and found the white men listened 33 percent more according to co-workers’ observations. 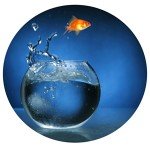 Like goldfish in a bowl, most white men are under the influence of an invisible culture and are unaware of the water they swim in because they never have to leave it. Part of this water is a strong focus on action and fixing things. Many of these men’s spouses complain to them to stop trying to use their “fix-it muscle” and just listen to them. You cannot fix what you don’t understand and white men must accept that navigating diversity is a lifelong learning journey. A problem solving mindset won’t work exclusively.

2. Men must use multiple perspectives, even if they are contradictory.

Another part of the invisible-to-us white male culture is a low tolerance of uncertainty. This leads people to think in terms of either/or, and right/wrong. White men end up trying to oversimplify the world because they can’t accept that viewpoints that seem contradictory can actually be partially true. But you can shift from seeing everything as right/wrong to simply right/left. Tip to remember: your view of the world isn’t wrong; more likely its incomplete. When white men explore diversity deeply it forces them to develop new mindsets that then make them more satisfied and productive in the rest of their lives.  It’s worth the awkward reactions created in social settings when combining the words white men with diversity.

This website uses cookies to improve your experience while you navigate through the website. Out of these cookies, the cookies that are categorized as necessary are stored on your browser as they are essential for the working of basic functionalities of the website. We also use third-party cookies that help us analyze and understand how you use this website. These cookies will be stored in your browser only with your consent. You also have the option to opt-out of these cookies. But opting out of some of these cookies may have an effect on your browsing experience.
Necessary Always Enabled
Necessary cookies are absolutely essential for the website to function properly. This category only includes cookies that ensures basic functionalities and security features of the website. These cookies do not store any personal information.
Non-necessary
Any cookies that may not be particularly necessary for the website to function and is used specifically to collect user personal data via analytics, ads, other embedded contents are termed as non-necessary cookies. It is mandatory to procure user consent prior to running these cookies on your website.
SAVE & ACCEPT